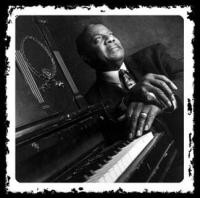 Johnson began his career in 1952, when he hired the then-unknown guitarist, Chuck Berry, to join his St. Louis-based band. Berry eventually became the frontman of the group and the two collaborated on some of Rock 'n' Roll's most seminal recordings, including »Maybellene,« »Roll Over Beethoven,« and »Sweet Little Sixteen.«

Johnson stepped into the spotlight later in life, releasing his first solo album in 1989. His star continued to rise, especially among his fellow musicians, who lined up to work with the icon. In the last decade, Johnson performed and recorded with an amazingly diverse array of artists, including Eric Clapton, Aerosmith, Keith Richards, The Kentucky Headhunters, Bob Weir of The Grateful Dead, Susan Tedeschi, NRBQ, Buddy Guy and Styx.

In honor of his contributions to the genre, Johnson was inducted into the Rock 'n' Roll Hall of Fame in 2001 by his friend and supporter, Keith Richards. He continued to perform and headline at concerts and clubs
around the world until earlier this year. His last performance was with fellow Rock 'n' Roll originator, Bo Diddley on February 9, 2005. »It was so much fun to play with Johnnie,« Diddley said upon hearing the news. »The world has lost a great man and a great musician. He will be missed but his music will live on.«

Johnson is survived by his wife, Frances, 10 children and many grandkids. A memorial service will be held at a time and place to be announced.