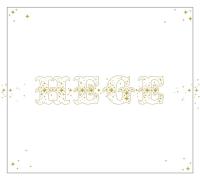 The debut album by Norwegian singer/songwriter Hege was produced by the amazing Fats Kaplin in the Athletic Sound Studio in Halden, Norway.

--My mother told me I started to sing when I was two years old, says Hege Brynildsen, singer and songwriter from Halden, right on the border between Norway and Sweden.

--She taught me the old folk songs and I sang them at Sunday School every week. A new song every week.

She grew up in a musical home. Her father, Tor Brynildsen, was one of the first rock 'n' roll singers in Norway in the late 50's and her mother loved country music. When Hege was 17 she made her first recording, a duet with her father. They sang ”Loving Arms” by Kris Kristoffersons .

Later on they also recorded ”The Gambler”, written by Don Schlitz and a hit for Kenny Rogers i 1978.

--I've always loved good songs. It doesn't really matter what kind of music it is. My favorite songwriters are Bob Dylan, Johnny Cash, Warren Zevon and Nick Cave, I always go back to those guys

--About ten years ago I discovered bluegrass through the Dolly Partons album »The Grass is Blue «(1999) and »Little Sparrow« (2001). I loved the warm and authentic sound.

Hege is convinced that a good album should have no more than ten songs. She spent a lot of time trimming the album down to perfection. Eight original songs and two covers: Amos Milburn's ”Bad bad Whisky” and Geraint Watkin's beautiful ”Only a Rose”.

The music can be descibed as a kind of gothic country, not that far away from the music of Gillian Welch or Iris DeMent.


Other albums by Brynildsen, Hege: